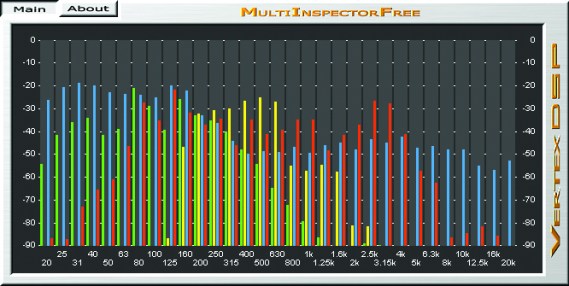 In this final freeware roundup we’ve got a couple of useful vocal plugins and freeware that we could find no category for, but is still worthy of inclusion… 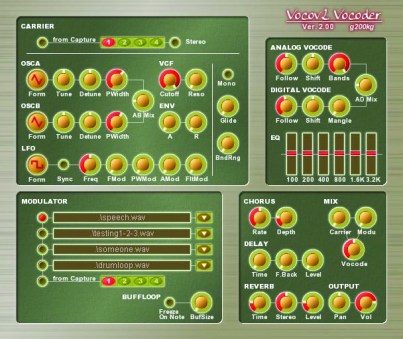 Vocoding is that robot vocal effect you get in tracks both old and new. This vocoder is a digital/analogue hybrid model for Windows that is free to download.

You can vocode and mix with two different engines: an FFT-based digital engine or a filter bank analogue version.
It works as a VST instrument with a special plug-in to handle the carrier and modulator components that are required for taking the input signal and using it to create the vocoded effect.

There’s a built-in eight-voice polysynth, plus the ability to use recorded audio as the carrier, up to four inputs to use as the modulator and a buffer freezing function. Six-band graphic EQ and an effects section with delay, chorus and reverb round out
the package.
W: www.g200kg.com/en/software/vocov.html – Platform: PC 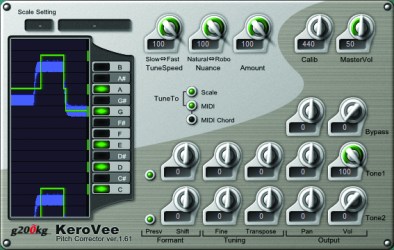 Pitch correction has traditionally been a fairly expensive process to carry out if you want to apply it to your vocal parts. Kerovee, however, is a free Windows pitch corrector in VST format.

Aimed at achieving the kind of hard-corrected effects that have become popular in a lot of modern EDM, it provides a robotic effect, but in a different way to how a vocoder does it.

Here, you can specify a correction scale and a tune speed and the plug-in will pull input notes directly to the closest scaled notes.

There are also format and tuning controls as well as Tune to MIDI for playing input from a keyboard to determine hard pitch correction. Whether you are a fan of the hard tuned effect will probably determine if you decide to give this one a go. 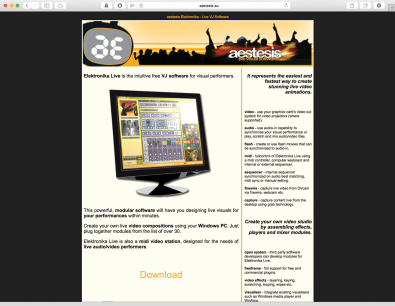 Adding visuals to your music performances can be a great way to make them more dynamic and create a more immersive experience. This free and open system supports plug-ins and a raft of other technologies.

You can send video out to a projector, of course, and also route in audio to sync your video to music and to play, scratch and mix audio, as well as video files. You can create Flash movies of a performance and control the software from a MIDI controller; there’s even an internal sequencer that can use audio beat matching to help you create a more cohesive performance.

Multiple technologies help you capture live video, and there are bundled effects including layering, keying, scratching, wipes and more – as well as a visualiser and some 3D effects.
W: aestesis.eu/elektronika – Platform: PC

Higher-end DAWs generally come complete with pretty advanced mixers. However, many others employ somewhat more basic approaches to mixing. The Sonalksis FreeG plug-in for Mac and PC, for example, is a straightforward to use but very well designed master fader plug-in. It’s also one that can actually be inserted on any given channel, not just on the master buss. The FreeG gives the user a physically much larger fader to work with, allowing for finer controls, plus highly accurate metering.

You also get multiple metering ballistics types, peak and RMS level meters, a range of pre- and post-metering options and a selectable pan law control. As if all that isn’t enough, there’s also a Fine mode, which enables you to set more sensitive calibration of the master fader, and a Mono mode designed for when you are working with mono tracks inside a project. All in all, it’s a very impressive and usable plug-in.
W: www.sonalksis.com – Platform: Mac, PC 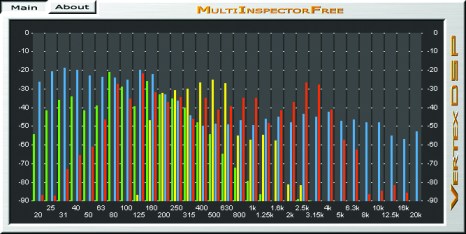 A simpler version of the more advanced MultiInspector, this free plug-in visualises up to four audio signals in real time in one window, and helps you identify overlapping frequencies. It’s a 31-band spectral analyser with multitrack functionality, though it’s limited to a sample rate of 44.1kHz. For more features, you can upgrade to the full version.

Audio analysis is a vital part of the production process; by analysing your signal properly you can see where problematic areas occur in the mix and use EQ to fix them. Analysing with software is often more accurate because it’s not affected by things such as the room.
W: www.vertexdsp.com – Platform: Mac, PC 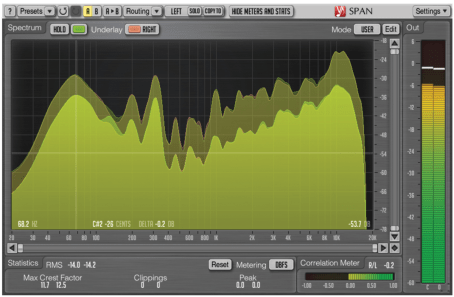 Span is a real-time FFT audio spectrum analyser that can be inserted on any track in your DAW to give you an accurate visual readout of what’s going on in the frequency and amplitude of the audio.

You also get output metering with adjustable ballistics and metering time, headroom estimation and clipping detection, as well as correlation metering. It’s a really advanced plug-in, and not one you’d normally expect to get for free.
W: www.voxengo.com/product/span/ Platform: Mac, PC 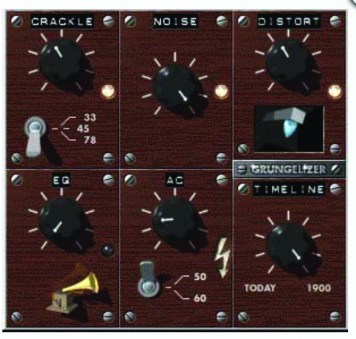 This one lives on Steinberg’s “discontinued” area of the product download website, but it’s still available for free. Grungelizer used to be a part of Cubase, and was much loved by many people, hence the decision to keep it around, if unsupported.

It’s deceptively simple, but sounds great and can be used to add variable amounts of vinyl sound to your tracks: anywhere from subtle trip-hop warmth right through to 1920s gramophone filth.

You can even add simulated electrical hum to the signal. Although basic, it’s tremendous fun to use and actually comes in pretty handy for many tasks. If you’re lucky, it should still work on your Mac or PC. Get vinylising your tracks today!
W: www.steinberg.net – Platform: Mac, PC